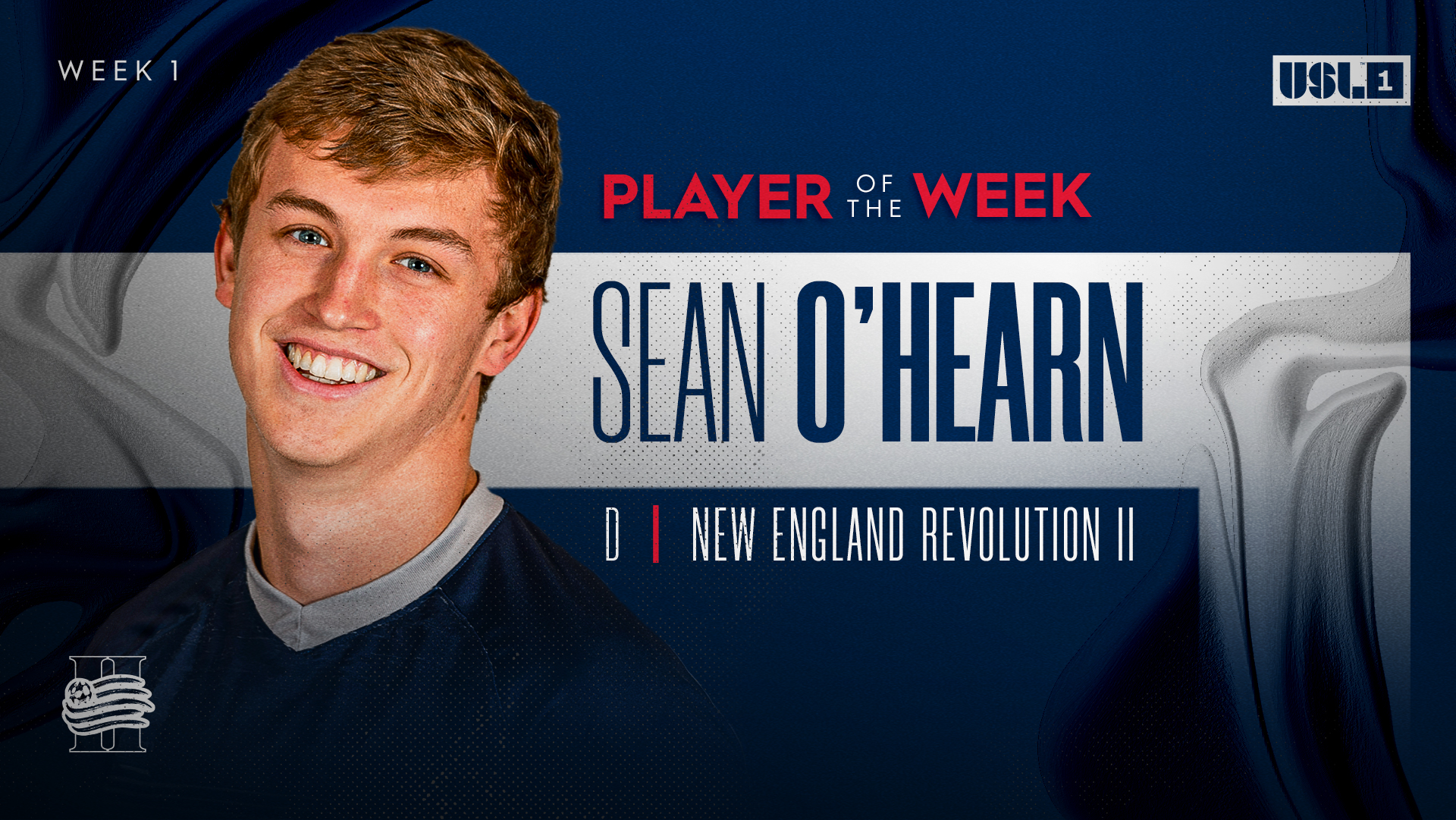 TAMPA, Fla. – New England Revolution II defender Sean O’Hearn has been named the Player of the Week for Week 1 of the 2021 USL League One season after playing a key role in his side’s shutout win over Fort Lauderdale CF.

On his professional debut, O’Hearn put in an excellent shift with his team under pressure for much of the match. He won 5 of 6 duels, 3 of 3 tackles and made seven clearances in helping the Revolution II keep a clean sheet. He also completed the most passes of any player in the match with 44, and did so at an 86 percent success rate.

O’Hearn had a stellar collegiate career at Georgetown University, which saw him makes 62 appearances over three seasons for the Hoyas’ powerhouse program. Minnesota United FC selected the 22-year-old defender with the 38th overall pick in the 2021 MLS SuperDraft, after O’Hearn had previously signed with the Revolution II in December 2020.