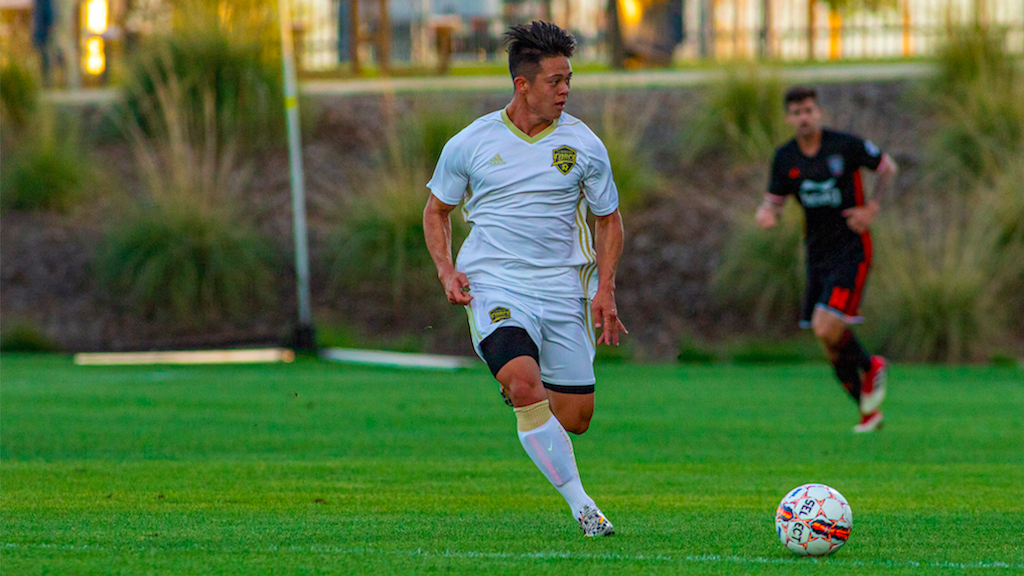 MADISON, Wis. - Forward Madison FC announced Thursday that the club has signed 22-year-old winger Tyler Allen to its 2021 roster. Allen, who spent the 2020 season with Reno 1868 FC of the USL Championship, adds a new dynamic to the right side of the Flamingos’ attack.

“The coaching staff told me about the style of play they want this year, and it really matches what I can do,” Allen said. “I really like to use my speed to go at players one-on-one and get in behind the defense, so hopefully I can do some of that this upcoming season.”

“Tyler is a player who could easily go on to a higher level in the future,” Craig said. “He is exceptionally quick - I’d call him our Roadrunner. He’s also got great close control, he’s very good at one-on-one dribbling and he looks to get forward in an exciting manner.”

Allen, who is originally from Hawaii, grew up playing for the Honolulu Bulls youth club and Mid-Pacific Institute in high school. A trip to the mainland led to an offer from the University of Nevada-Las Vegas, where he played from 2016 to 2020. Originally recruited as a winger, Allen also played regularly as a right back for UNLV.

Allen was a late addition for Reno in 2020, signing in July, and ultimately didn’t feature for a team that topped the USL Championship’s regular season standings. As he trades mountains for Madison, Allen said his time with the Flamingos will give him the chance to stand out.

“I want to score goals, get assists and contribute as much as I can to the team,” Allen said. “I’ve heard great things about the club, so I hope that we can have the fans back as soon as possible. I’m excited to meet them and score some goals for them.”