New videoboard, sideline runner set to be installed by Plainview LED before start of 2021 season 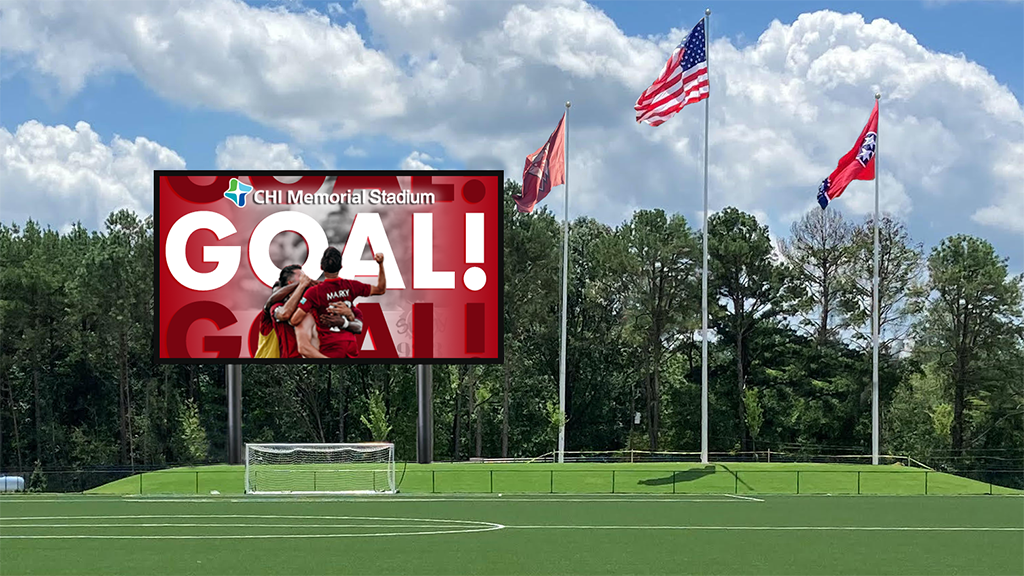 The new videoboard set to be installed at Chattanooga Red Wolves SC's CHI Memorial Stadium before the new season measures 2,046 square feet, making it the largest in the region and one of the biggest in the state of Tennessee.

CHATTANOOGA, Tenn. – The biggest addition to Chattanooga Red Wolves SC’s CHI Memorial Stadium will be on its way before the start of the new season, and it won’t have far to travel.

The club revealed renderings for the 2,046-square foot videoboard on Friday afternoon, one of the major upgrades being installed this offseason at the club’s home venue as it moves into its third season in USL League One.

“It’ll be one of the biggest in the state, and substantially the biggest in the city,” said Red Wolves spokesman Mitch Martino. “Between the field runners and the jumbotron, we’ll be installing 1.5 million LEDs into the stadium. It’s something we’re really excited about.”

What’s more, the new hardware is being provided by local company Plainview LED. The group – which last year opened a new assembly plant about a 20-minute drive from CHI Memorial Stadium – will oversee the construction, testing and assembly of the installation. The group is well familiar with the needs of professional sports organizations, having shipped its products world-wide while earning UEFA approval and certification.

The new videoboard part of the numerous upgrades that are being installed as the Red Wolves add to the amenities available at the stadium in 2021.

“There’s a lot of stuff that’s come online this offseason,” said Martino. “They’re progressing pretty quickly on the Executive Club and Sky Suite building that’s going to be directly behind and connected to the sideline grandstand that’s already up. That will be a beautiful addition to the stadium, and then we’ll of course have the jumbotron, field runners and floodlights installed this offseason.

“There are additional stadium elements that will be coming in as well in the future with the Player’s Clubhouse and the Grandstand on top of it, completing the horseshoe look of the stadium.”

Having welcomed fans with social distance protocols in place following CHI Memorial Stadium’s opening, there is also hope the club will be able to scale up the number of fans that will be on hand this season. As progress continues to be made toward COVID-19 vaccination locally, the potential for a vibrant atmosphere under the dazzling lights feels not so far away.

“It’s great to see that there’s light at the end of the tunnel, and when it comes to getting people in the stadium,” said Martino. “We had great support last year, sold out every weekend game we had, but we’re really looking forward to being able to open the stadium up when it’s deemed safe by local and state health officials. We’re really excited to get people in there when we can, and it’s looking better and better every day.”