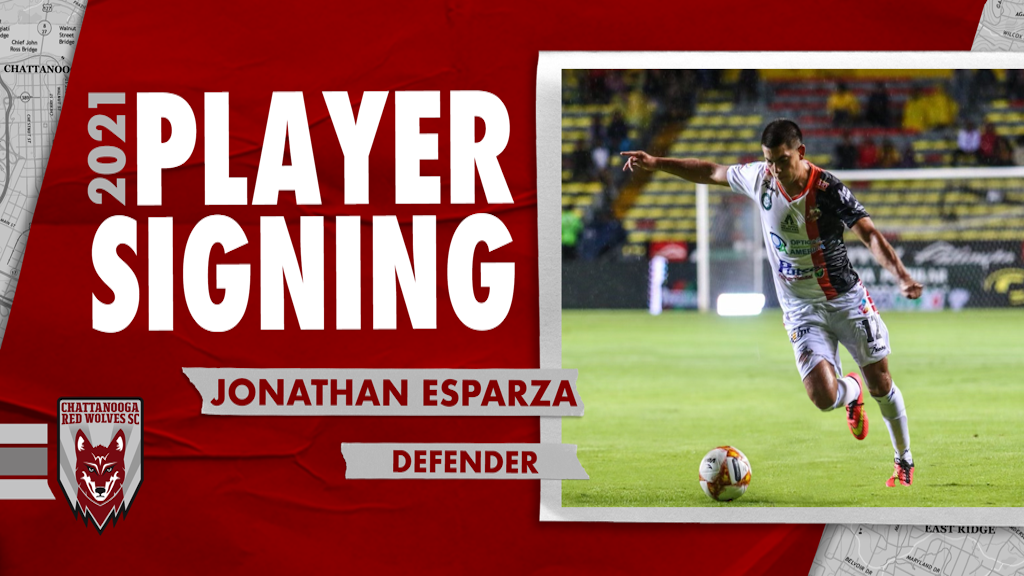 Originally from California, the 21-year-old outside back has already had a strong and well-traveled career. Esparza landed a spot on the U-18 U.S. Men's National Team before signing professionally with Club Tijuana of Liga MX in 2018. During his time at Club Tijuana, Esparza had stints on loan to Oaxaca and most recently Celaya of Ascenso MX.

Esparza will be joining a strong group of returners in Chattanooga’s backline, including Jason Ramos, Jonathan Ricketts and 2020 League One All-League Second Team selection Ricky Ruiz.

“One of the first tasks Coach Obleda had for building his 2021 roster was solidifying the depth of our defenders so it was critical that we find the right personnel for this role,” said Red Wolves President and General Manager Sean McDaniel. “Jonathan fits perfectly into the system as well as the Red Wolves culture and will be a great addition to our back line for 2021.”

The young defender has also played professionally both as a forward and in the midfield, giving him a versatile skill set.

“Jonathan is a young player that brings a level of experience and bite that we are looking to have in our back line,” says Red Wolves Head Coach Jimmy Obleda. “He brings the extra that cannot be taught. He adds to the depth we want to have in the back line.”

Esparza is excited to step on the pitch for the Red Wolves and also to live in the Scenic City.

“My soccer career has taken me to the most amazing cities full of culture,” says Esparza. “From what I have seen and read, Chattanooga is just that, a beautiful city with many scenic places, culture and history that I am excited to explore. I will wear this crest with pride. I am counting down the days to step onto the CHI Memorial Stadium and make Chattanooga proud. I will work hard and do everything in my power to bring a championship to the city.”