With brand-new Future Legends Complex on the way and a growing region to call home, co-owner is excited for the future of League One’s newest club 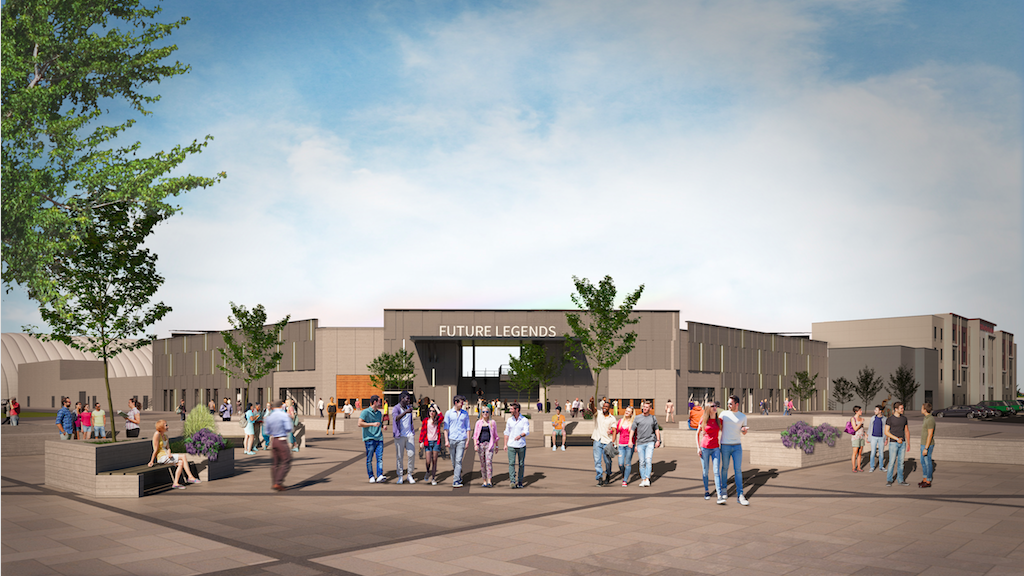 As USL League One grows, so too does the number of markets gaining access to professional soccer for the first time. When Northern Colorado FC joins the league in 2022, it will bring the larger Fort Collins area not only that access, but a professional-grade destination for sports in the Future Legends Complex.

Set to open in spring of 2022 in Windsor, Colo., the Future Legends Complex will also present unique opportunities for the League One club that will come to call it home.

“It’s something that most complexes aren’t able to offer,” said Future Legends Complex Executive Director and Northern Colorado FC Co-Owner Casey Katofsky. “In addition to the huge amount of local young soccer players in the area, this complex will host tournaments and events that will bring young players and their families from around the country to the region.

“Having the Future Legends Complex host a professional soccer team and high-level youth tournaments simultaneously gives us the opportunity to create some unique engagements between our players and coaches with people coming to the complex.”

Katofsky, a Los Angeles native with Pittsburgh family ties, recalls being blown away the first time he visited northern Colorado. It quickly made the decision to bring both a top-notch athletic complex and a professional soccer team to the area a no-brainer.

“This area is growing so fast and is now consistently rated one of the top places to live in the country, with so many shops and restaurants popping up,” said Katofsky. “When you think of Colorado, you first think of sports like skiing and snowboarding, but even we didn’t anticipate the passion people have here for soccer. With the number of young players in the state, the sport has really caught on.”

Colorado already features well-respected professional clubs in Major League Soccer’s Colorado Rapids and the USL Championship’s Colorado Springs Switchbacks FC (a club also in the midst of stadium development), both of which have made their mark in the top two tiers of professional soccer. In planning the state’s third professional club, Northern Colorado FC leadership found USL League One to be a perfect home for the new organization.

“League One has some great brands and has already been very successful in its short history,” said Katofsky. “It’s a league that’s growing like crazy and that so many people want to be a part of. We wanted to add that element to the sports landscape of Colorado.”

With at least a year and change until Northern Colorado FC first kicks a ball in a League One match at Future Legends Complex, the club is already focused on creating a unique matchday environment for fans - one that could be memorable both locally and nationally.

“One of the cool ways we envision growing our brand is not only locally, which is very important to us, but also nationally thanks again to the unique aspect of having our games at Future Legends Complex. Fans who travel to the area for a tournament could go to a game and become a fan while not even living in northern Colorado. It’s a top priority for us to create that unique fan experience.”

In the more immediate future, the next step on the club’s timeline is to unveil the initial elements of its brand. In creating a visual identity, NoCoFC will look to its community for input in order to ensure the club is a reflection of the history, culture, and people of its region.

“With things like the kit and the logo, there’s a lot of elements that we want our fans to feel like they have a voice in,” said Katofsky. “From there, the next year will focus on getting a coaching staff, getting players, expanding our front office, and of course opening up this complex.”

Though fans in northern Colorado will have to wait for the club’s inaugural contest, it’s clear there’s plenty to be excited about throughout the coming year.